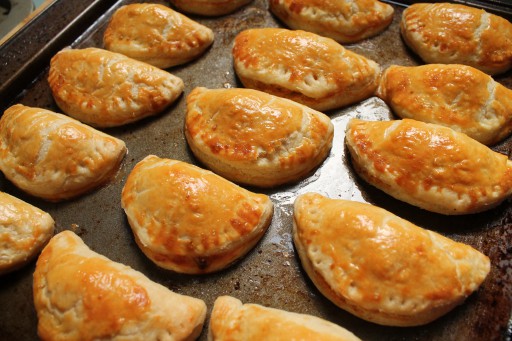 Like quite a few of you, we’ve been following the Great British Bake Off and marvelling at some of the delicacies they come up with – last week’s Swedish Princess Cake for example, looked magnificent! (It involves a layer of sponge, topped with jam, topped with pastry cream, topped with whipped cream and covered in marzipan) And like some of you, we’ve found it hugely inspiring – both by giving us ideas for our own cooking and also motivating us to try things that we ordinarily shy away from. And as the days get chillier, September seems like the perfect month to start thinking about recipes that take a little more time to cook and a little more time to eat!

Case in point – this week’s squash and goat’s cheese pasties. For some reason, making pastry makes us nervous. How are you supposed to know when the dough is just right? Is it supposed to be sticky or dry? What’s the difference between under-kneading and over-kneading? Why is there flour everywhere? And how long are you supposed to bake it for? (And how many miles will you have to walk to burn it all off after eating? Sorry just us.)

Luckily, we recently bought Leith’s How To Cook recipe book and it sets out all of the steps for quite a few techniques – not just pastry dough. It even tells you what to do when the butter leaks out of the dough as you’re rolling it and forces you to refrigerate the dough a couple of times – probably anticipating that the cook will over-handle it. If you’re looking for a modern version of Delia’s Complete Cookery Course, this is probably it – though someone needs to tell us where we’re supposed to find pigeon. But there’s no need to worry whether you’re middle-class enough for this book, the step-by-step tutorials make it absolutely worth it. (Though avoid making the hummus – they’ve left out the tahini.)

Originally, we envisioned this recipe as being our version of empanadas de Calabaza, but we were so motivated by this book that we thought we would use a rough puff pastry instead. And of course, the pastries came out looking undeniably like distinctly British squash and goat’s cheese pasties. But you won’t be disappointed, these are delish! 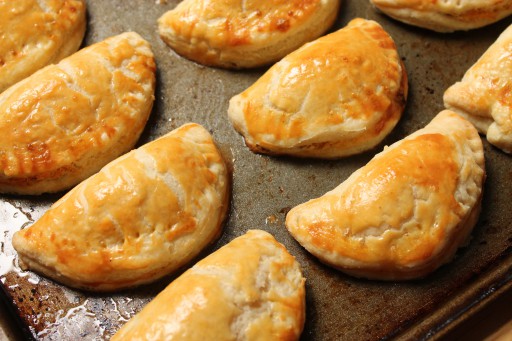 So what do you think? Feel free to share your questions and comments below! We’d love to hear what you have to say. 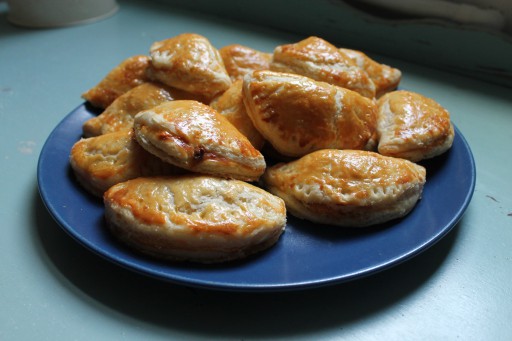 Do you love it? Cancel reply